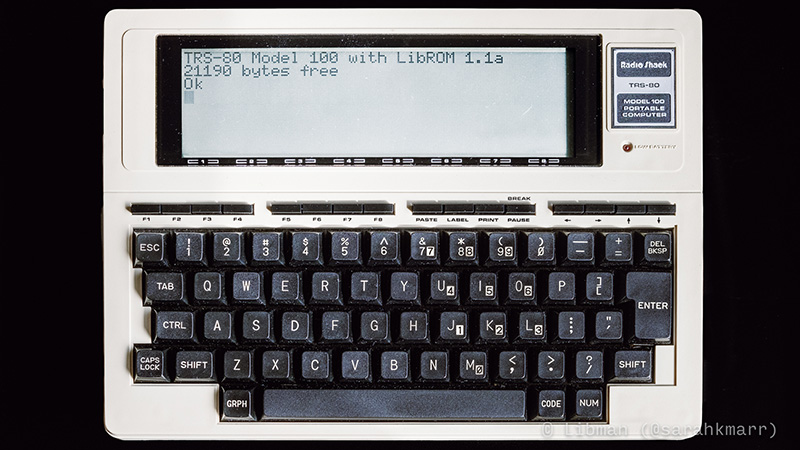 When I got my TRS-80 Model 100, a UK model, I discovered that UK Model 100s don't have a modem. Eh, no big deal. But! what was a big deal is that UK ROMs have all their routines in different locations to American ROMS, so nothing which uses ROM calls will run on them; REXCPM isn't compatible, etc. Anyway, fast forward and I've learned about the Model 100, picked up 8085 assembly, got to work on Ken Pettit's annotated ROM listing, disassembled Ron Wiesen's 'Teeny' — with helpful pointers from Steve Adolph — and hex-edited my way to LibROM.

Click here to download the zip file, which contains a .bin file to be program an EPROM and a .asm file which contains a heavily annotated assembly listing of the ROM. Although LibROM was designed for non-American machines, it should work in American Model 100s, too. (Note, however, that early American models used non-standard pins for the ROM chip so it may not be trivial to replace it. Also, you might want to back out the change of date format, for American use.)

I used a XGecu TL866II Plus EPROM programmer, which did the job without any problems. I programmed the ROM onto a Winbond W27E257 EEPROM, which works fine in the machine, and which has the advantage of being electronically erasable and reprogrammable. 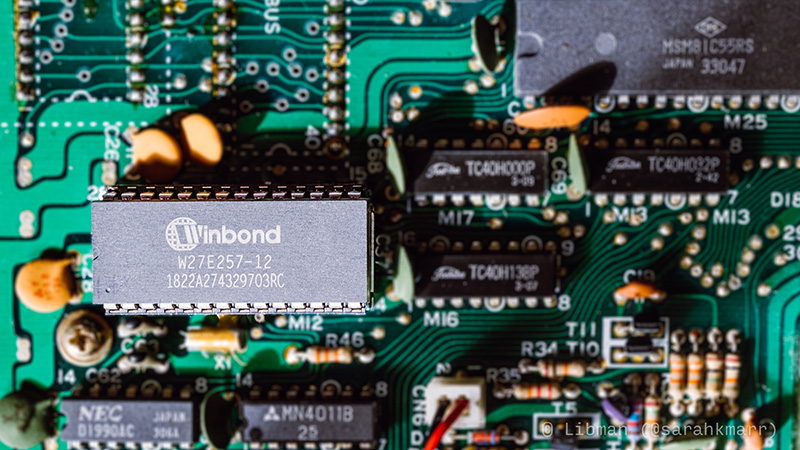 I haven't had time to test the ROM as thoroughly as I'd like. Everything seems fine, but I wouldn't use it for mission-critical Model 100 operations. It works in VirtualT, although there seems to be a VirtualT bug which prevents Teeny+ for loading large files: VirtualT doesn't refill the loading buffer once the first filled buffer has been emptied. (I have loaded large files on the actual Model 100 using Teeny+.)

LibROM started as an adaptation of the Model 100 American ROM for UK (and other non-American) machines which lack a modem, so that software and external ROMs which make calls to ROM routines will work. It grew from that to include other bug fixes and enhancements - including in-ROM disk management - replacing modem, address and schedule code to do so. 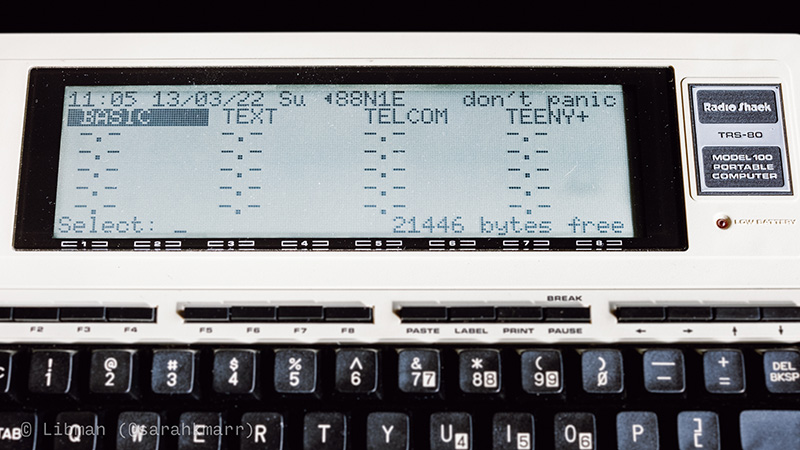 The PRINT Button (Sound and Scrolling)

Ron Wiesen's Teeny disk management software is implemented in ROM and augmented to create Teeny+. An entry for Teeny+ is added to the MENU screen. Teeny+ makes the following changes to Teeny: 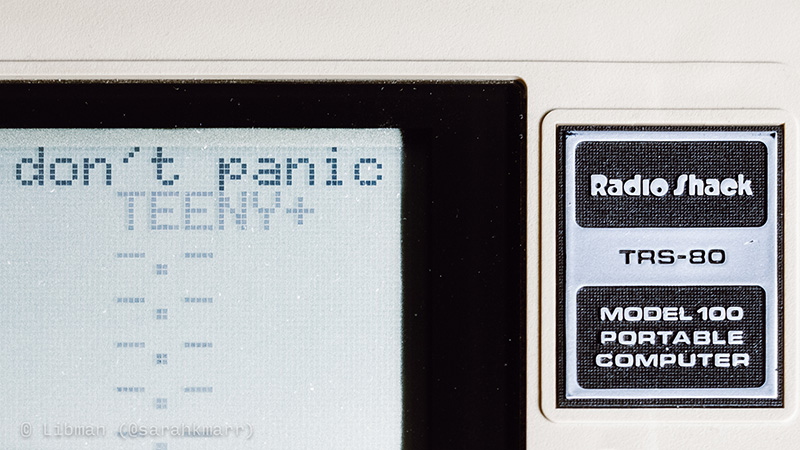 Back to the retrocomputing home page.